0
Read Time:6 Minute, 42 Second
Written by Thomsen Young and you can follow him @yadudesup
My name is Harold Catron Jr. I currently live in Alexandria, Northern Virginia, approximately 15 minutes outside of Washington, DC., and am originally from Memphis, Tennessee. I was born hearing and became deaf from Meningitis when I was five years old, and grew up attending mainstream classes in public schools. I started attending Gallaudet University in 1999, where I majored in Physical Education, played football, and was in the Kappa Sigma Fraternity. I graduated in 2005 with a Bachelor of Science degree in Phys. Ed., and since then, I have been working as a personal trainer, coach, and comedy improv on side.

At what point did realize you wanted to be an Entertainer?

I have always wanted to be an entertainer since high school, when I was heavily involved in theatre and acting. During my college days at Gallaudet University, I didn’t really have time to take part in theatre activities. Now, I wish I had made some time. After I did all these skits and improv on Vine, Instagram and YouTube videos plus on stage comedy improv. I knew that I wanted to be part of the entertainment community for the rest of my life.

What is a performance you’re most proud of so far?

There are several performances of which I am proud to have been a part. In my high school’s production of The Wizard of OZ, I played several characters, including a “farm guy” who meets Dorothy, and together we sing and sign “ Somewhere Over the Rainbow.”  I’m very proud not only of my performance in that play, but also that I was the only deaf cast member. I am also proud of my skit on Vine, which I did with top Viners during the IconBash / Vine Bash last Summer (2014). ( Link: Vine.co/Harold.Catron.Jr) For me, it’s great to be able show audiences that my being deaf doesn’t keep me from doing something I love to do.

If you could give a young entertainer/ actor advice based on your experiences, what would you recommend he/she do?

My advice for young entertainers/actors is just to go out there and show your talents. I mean, if they love to do what they are doing, they shouldn’t let anything, or anyone, stop them. Auditioning for a play or film might not be easy, but there’s always another way to show yourself off, like on YouTube, Vine, or Facebook. Somebody who sees an online performance might know somebody else who thinks you’re perfect for an upcoming audition or to do some promotions someday. And, always remember, there might be people who will try to stop you from following your dream, or say negative things to you, but don’t let them stop you! Keep moving forward!

What is the craziest fan moment you’ve ever experienced?

The craziest fan moment was when I went to the Mall and, just out-of-the-blue, some random young people came up to me and asked to take pics with me! I was like, “With me ?? Why?!” They said they knew me from Vine. I only had like probably 2,500 followers at that point, and I didn’t think I mattered that much to fans, especially when compared to someone with million followers. But, I guess I did!

Tell us how you got started with Vine? What is the best Vine you’ve created?
One of my friends introduced me to Vine, but I wasn’t very interested because I was already heavily involved with Twitter, Facebook, and was working on skits for YouTube. Somehow, my friend convinced me to try my skits on Vine since they’re only a six-second video clips and very easy to do. I put a few of my comedy skits there, and I started getting a good number of followers. That’s when I decided to keep doing it because I was getting a lot of support and love from fans who wanted see more and more videos from me.

We noticed you have over 6K followers on Vine. Why do you think people like the content you provide?

6K followers and still growing! It’s just amazing how far I’ve come, from starting at the bottom! I get lots of messages from people telling me they love the type of comedy I do, so I decided to keep my style consistent, and my audience keeps expanding. I just kept going and doing crazy stuff. My next goal is to hit 10K followers … who knows what will happen after that!

Since #DeafTalent is trending all over the internet right now, do you have any thoughts on what #DeafTalent means to you?

I think it’s amazing #DeafTalent is trending everywhere. There are a lot of deaf artists out there, and we deserve a shot in Hollywood. Nothing against hearing actors / actresses, but it’s ridiculous to have hearing people playing deaf roles when there are plenty of deaf actors / actress who can play the parts just as well, and who have a close relationship with, and understanding of, Deaf culture and community.

What are your future plans?
For now, I‘ll keep personal training, and keep entertaining people on Vine / Instagram. I’m hopeful I’ll get an opportunity to audition for TV or Film; that’s my dream and I’m going keep pushing it till I make it happen!

If you could be any character in fiction, whom would you be?

I would be Ex-Special Forces operator Frank Martin (Jason Statham), in the movie called The Transporter. I mean that dude kicked butt all day long with his martial arts skill and an amazing actor that Ii look up to. 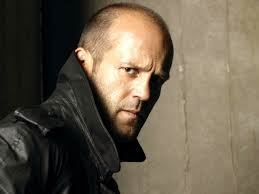 If you had only six months left to live, what would you do with the time?

If I had only six months left to live, I would travel around the world, drink liters of beer at Oktoberfest in Munich, play craps in Las Vegas, and smoke pot in Amsterdam. 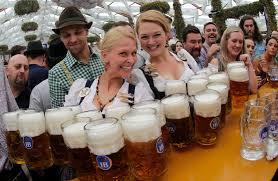 You have the choice to live with a gorilla who knows sign language or a dog who sings lullabies…which do you choose? 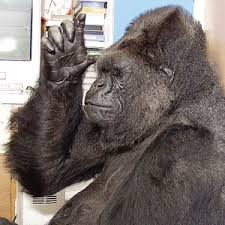 If you could be a superhero, what would you want your superpowers to be?

I would want my superpowers to be like my favorite superhero Captain America. He’s the first Avenger and a solider with all those crazy superhuman powers. 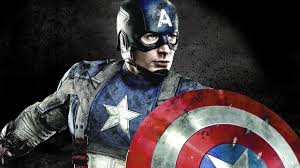 If you were a car, what kind would you be?

I would be a 1970 Plymouth Barracuda because it’s the sexiest and fastest car ever. 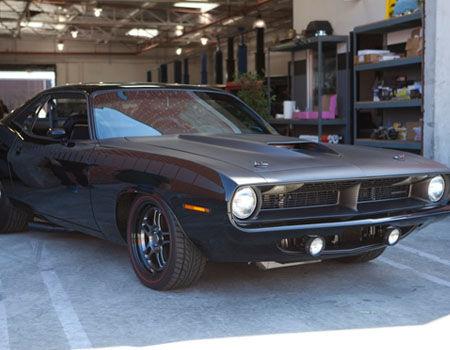 My favorite part: The questionnaire concept was originated by Frenchtelevision personality Bernard Pivot on his show Apostrophes, after the Proust Questionnaire.

What is your favorite word?
Beer

What is your least favorite word?
Hate

What turns you on?
Women in stockings

What turns you off?
Angry women

What sound or noise do you love?
Bass in music

What sound or noise do you hate?
Garbage disposal

What is your favorite curse word?
Damn!

What profession other than your own would you like to attempt?
Military

What profession would you not like to do?
Librarian

If heaven exists, what would you like to hear God say when you arrive at the pearly gates?

I hope God would say, “Welcome to the crib.”