A new sense of hearing

GRAND JUNCTION, Colo Davis Sleigh was born with unilateral hearing loss. He is missing the middle ear and the ear canal in his left ear.

“Even early on he couldn’t hear fine consonance, like a strong T he was missing letters when he would spell words,” his mom, Tina Sleigh said.

When the time came for Davis to start school his mom decided it was time to invest in a hearing aid.

“We think it’s been a huge benefit and he’s doing great in school and socially and behaviorally. He really does well,” Tina said.

This year the school district helped Davis get an adapter for his hearing aid.

“That adapter then allows a speaker, that he wears, to communicate with the microphone the teacher wears,” Tina said, “so then everything that she says is fed in directly to his hearing aid.”

“Since it’s more direct I can hear more than just what half of what a person without hearing loss can,” Davis said.

Without the hearing aid and adapter his teacher’s voice would blend into all the other noise of the classroom. Now he can hear his teacher more clearly and it helps him perform better in school.

“He really is drawn to kids that struggle in class, so it doesn’t surprise me that he wants to come back and help when he is older,” Tina said.

“The kids that are coming in, I’ll be able to relate to what they’re going through,” Davis said, “and so it will probably either make them feel more comfortable, or it will just help me understand.”

“He’s very curious. He’s a problem solver, so I think that everything he’s probably been through lends to him wanting to help others,” Wilbert said.


A new sense of hearing 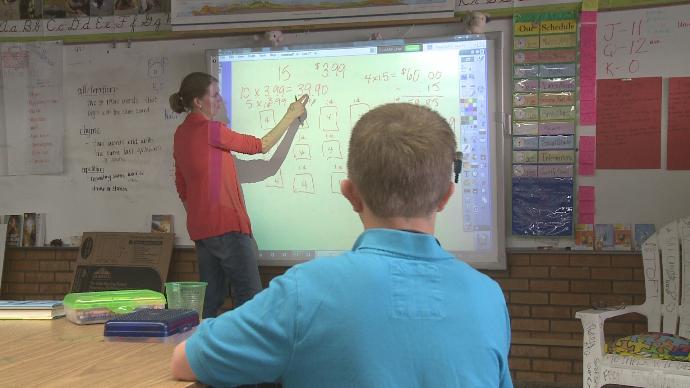