Monday, April 18, was Switch-Up Night on Dancing With the Stars, which meant that every celebrity was given a new professional partner for this week only. Some stars soared while others fumbled, but the highlight of the night was someone getting the first perfect 10 of the season and that too from Len Goodman.

Maksim Chmerkovskiy, who is Val’s brother and Peta Murgatroyd’s fiance, was on-hand as a guest judge, and he proved to be a task master. Fortunately, no one was removed this evening, as tonight’s scores and votes will be added to the last week’s, and then someone will get the eliminated next week.

After a disappointing performance last week, Jodie Sweetin was teamed up with Val Chmerkovskiy this week. Val and Jodie instantly bonded. Jodie said that Val’s teaching style was “more intense” than Keo and “more laser-focused.”

Other strong performances included Ginger Zee and Mark Ballas’ salsa and Paige VanZant and Sasha Farber’s rumba. It is pretty obvious by now that Doug Flutie was not the best dancer in the lot. However, teamed up with Peta Murgatroyd, he did better than he has in weeks past.

Everyone else, which included Kim Fields and Keo Motsepe, Von Miller and Lindsay Arnold, and Wayna Morris and Witney Carson were in the middle of the pack , though it was pretty evident that most celebs were impatient to get back with their regular partners next week.


‘Dancing With the Stars’ Recap: Nyle DiMarco Gets Season’s First Perfect 10 Amid Scoring … 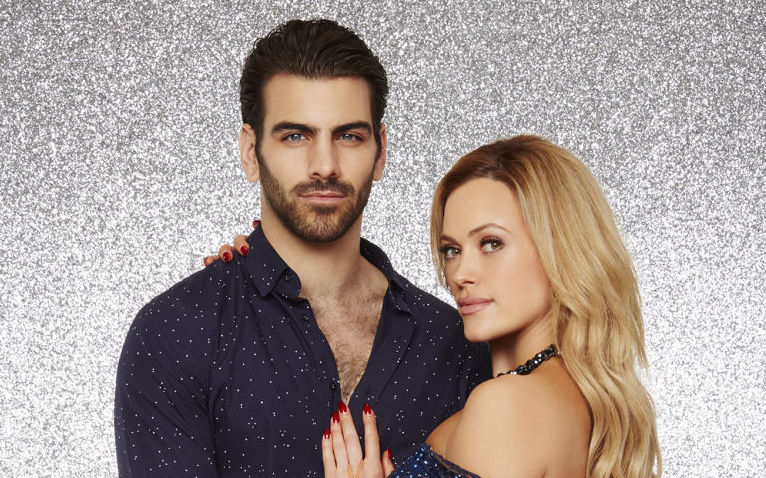