Thirteen deaf or hard-of-hearing lawyers are set to be sworn in to the U.S. Supreme Court bar on April 19, in a first-ever mass event that symbolizes the strides lawyers with disabilities have made.

The high court will provide interpreters and real-time captioning services to allow the lawyers to follow, visually and on their smartphones, what is happening during the swearing-in ritual and in the oral arguments that will follow.

“This event signals to the U.S. Supreme Court, legal professionals and the public at large that deaf and hard-of-hearing attorneys are capable of succeeding at all levels of the legal profession,” said Anat Maytal, a Baker & Hostetler litigation associate in New York and president of the Deaf and Hard of Hearing Bar Association.

Maytal said that “at the very least, it will have a visual impact on the Supreme Court.” She added: “We hope that our very presence reminds the Supreme Court of the value of the Americans With Disabilities Act and similar legislation to protect and promote the inclusion of individuals with disabilities.”

Soon after the association of deaf and hard-of-hearing lawyers was created in 2013, Maytal said, “We wanted to do an event that would highlight the existence and success of deaf and hard-of-hearing attorneys.” The group, which has nearly 100 members, approached the high court with the idea of a mass swearing-in, and through the efforts of the court marshal’s office, the arrangements were made.

When the court session begins at 10 a.m. April 19, Maytal said, two American Sign Language interpreters will be standing near the section reserved for lawyers being sworn in to the bar. As soon as the ceremony begins, they will interpret what is said for the group of lawyers.

At the same time, a Communication Access Realtime Translation (CART) reporter will create a real-time transcript that the lawyers can access on their smartphones, which are normally forbidden from the courtroom. The court’s information-technology department is setting up a local password-protected wireless connection in the courtroom solely for this purpose, Maytal said. The participants will be able to view the live captioning on their smartphones or tablets.

The court has accommodated hearing disabilities in the past. In 1982, long before passage of the Americans With Disabilities Act, deaf lawyer Michael Chatoff argued before the court in Board of Education v. Rowley, a case testing whether a New York deaf student was entitled under the Education of the Handicapped Act of 1974 to a sign-language interpreter in all her academic classes.

At first, court officials tried to persuade Chatoff to let someone else make the argument, according to a chronicle of the struggles of deaf lawyers published in 2011. But he asked for and got a CART interpreter who typed what was being said so that Chatoff could read spoken questions from a computer screen, with about a four-second delay. The court ruled against him, setting a low standard for what the law required schools to provide.

“Although Chatoff was not successful in the Rowley case, his arguing the case was a source of great pride in the deaf community,” said John Stanton, a deaf lawyer who wrote the 2011 Valparaiso University Law Review article Breaking Sound Barriers: How the Americans with Disabilities Act and Technology Have Enabled Deaf Lawyers to Succeed.  “Gallaudet University’s library had an entire exhibit dedicated to Chatoff’s advocacy for 10-plus years after the case.”

In 2004, during arguments in Tennessee v. Lane, another disability rights case, deaf lawyer Elise Roy was allowed to bring into the court a stenographer who transcribed the argument in real time so that she could read it on a laptop computer.

Now an appellate lawyer in the Justice Department, Stanton gained admission to the Supreme Court bar in 2005 individually, with the help of a CART interpreter. He will move the admission of the 13 deaf lawyers on April 19.

Until the last two decades, according to Stanton’s research, only a handful of deaf lawyers were in active practice, because of numerous obstacles at law schools and workplaces alike.

Even now, Stanton believes there are fewer than 250 deaf lawyers nationwide, holding jobs ranging from litigators to prosecutors to judges. 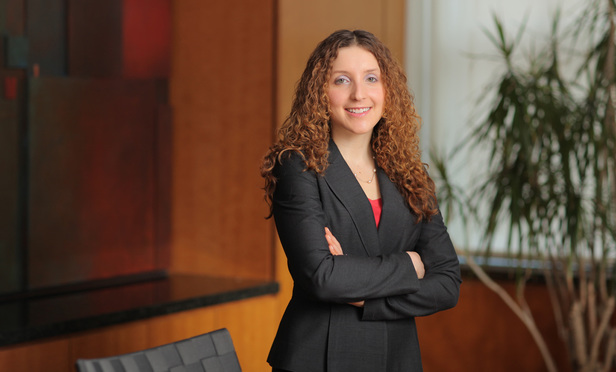