For many Uber users, much of the appeal of the ride-hailing service is that most of the transaction can be done through an app.

But for one Toronto Uber driver, it’s about much more than convenience. Shafiul Hoque is a deaf driver who says thanks to the company’s technology-driven approach, he has his first job in more than a decade.

“I heard that they were willing to hire deaf drivers,” Hoque said in an interview aided by an American Sign Language interpreter. “I found that they were actually very accessible.”

Shafiul Hoque is one of 300 drivers in Toronto using Uber’s in-app features for deaf and hard-of-hearing drivers. (CBC)

Hoque says he still remembers his first pick-up. It went smoothly and “communication was not a problem at all.”

He credits a set of in-app features that Uber has rolled out specifically for deaf and hard-of-hearing drivers to communicate with riders.

Uber says he’s now one of at least 300 drivers in Toronto alone who have been using the in-app features on the job for the past year.

As soon as a trip is requested, drivers using the in-app features will see a flashing light, in addition to getting the usual audio alert. Passengers also receive a notification, to let them know their Uber driver will be deaf or hard-of-hearing.

Passengers also aren’t able to call their driver — they can only text — and they’ll get an additional prompt to make sure they put in their destination.

Uber riders get a notification that their driver will be deaf or hard-or-hearing. They are also prompted to remember to put in their destination for a smooth trip. (CBC)

“Some people have always asked me how I can communicate with people so easily, but with the technology and with the cellular device, I can do that,” Hoque said. “That eliminates barriers for all of us.”

For Hoque, the simple additions to the Uber app have opened up a world of opportunity. Not long ago, he didn’t think he would ever be able to get a job as a driver.

With technological advances, that no longer seems to be a problem. Hoque says he knows as many as 10 other people from the deaf and hard-of-hearing community who are out on the roads driving for Uber.

As soon as an Uber trip is requested, drivers using the in-app features will see a flashing light, in addition to getting the usual audio alert. (CBC)

The company has been actively trying to recruit them, reaching out to potential drivers with a video on YouTube.

Uber also announced on Tuesday it would be partnering with the Communication Service for the Deaf in the United States to hire more deaf drivers across that country.

As part of the partnership, Uber said it plans to help host sign-up events for drivers and develop new online resources, including a driver-sign up page in American Sign Language.

Hoque was among the crowd at a debate last Thursday at City Hall on Uber and taxi rules. He went up to bat for the ride-hailing company, crediting it for changing his life.

Members of the city’s licensing and standards committee debated a contentious slate of recommendations that will change how taxis and Uber operate in the city.

Amendments put forward have yet to be considered by city council, but they would get rid of provisions that would legalize Uber in Toronto.

Hoque told committee members about how Uber has been understanding as an employer and has helped to create opportunities that previously didn’t exist for deaf and hard-of-hearing drivers.

The Canadian Hearing Society (CHS) says Hoque’s experience is just one example of how technology has been increasing job opportunities for people who are deaf or hard-of-hearing.

20 years ago, the unemployment rate for deaf people was estimated at 85 percent, Malkowski said. In recent years, that number has dropped to around 60 per cent, a decrease he says is in part due to companies introducing new technologies that make communication easier. 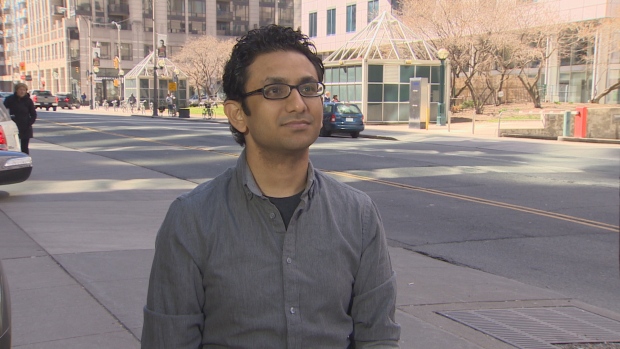