'Dancing With the Stars' 2016: Nyle DiMarco Not Interested In Joining Hearing World? [VIDEO]

Nyle DiMarco suggests he’s happy with the way his life is going now.

Despite being completely deaf, Dancing With the Stars frontrunner Nyle DiMarco has no real desire to hear.

DiMarco’s lack off hearing has not affected his desire to achieve his dreams. The model won the most recent season of America’s Next Top Model and is well on his way to possibly winning the current season of Dancing With the Stars.

Opening up in a new People interview, DiMarco described why he doesn’t necessarily want to join the hearing world someday.

He added that he grew up in the Deaf community, attending schools for the deaf from childhood onward, but he also socialized with hearing children.

DiMarco is also one of over 25 people in his family who are deaf, which also gave him a sense of normalcy.

“If I’d been born into a hearing family and went to a public school, I would have probably felt much more isolated, and being deaf would have become my identity,” DiMarco said “I knew my deaf identity since birth, it wasn’t hard for me to be comfortable, confident and independent in a hearing world.”

Through his newfound celebrity, DiMarco is hoping to give back to the world; he recently started the Nyle DiMarco Foundation, a nonprofit devoted to improving the lives of Deaf people everywhere, with special emphasis on children.

“I started to realize that there are a lot of people who are unaware of Deaf culture, and I’ve been given a great platform to reframe the Deaf community. I want to use my celebrity for good,” DiMarco said.

In the mean time, the model is focused on winning the coveted Mirrorball trophy on Dancing With the Stars. He is one of five celebrities left in the competition, and his scores suggest that he may make it all the way to the finale.

Dancing with the Stars airs Mondays at 8 p.m. ET/PT on ABC.


‘Dancing With the Stars’ 2016: Nyle DiMarco Not Interested In Joining Hearing World? [VIDEO] 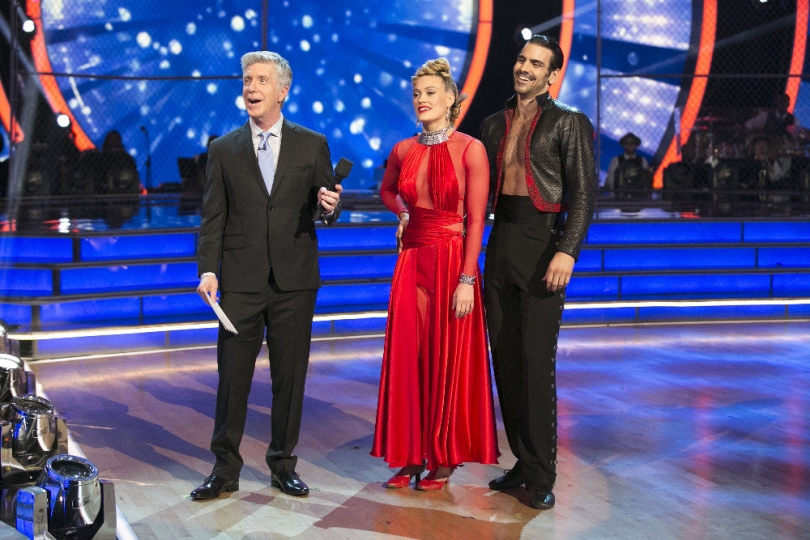