DANCING with the Stars has made history by featuring the first ever same-sex couple on the show.

Monday’s episode of the hit show saw a special dance take place as part of the Judge’s Team-Up Challenge in which each of judges choreograph a dance for 2 of the 6 remaining couples.

Model Nyle, and his partner Peta Murgatroyd were paired with actress Jodie Sweetin and her partner leo Motsepe to work with judge Bruno Tonioli.

The routine started out as a classic Argentine Tango to the Habanera by George Bizet, however, things soon took a surprising turn as the danced heated.

When it came time for the couple’s to swap partners, pro dancer Keo grabbed Nyle and the boys were soon embroiled in a sensual shirtless tango – much to the pleasure of the whole audience.

Keo even went as far as executing an exciting lift, adding the to passion and drama of the dance.

Nyle, 27, who is also only the second ever deaf contestant was thrilled with the mix and told the cameras his thoughts.

He said: “His is a Dancing With The Stars first, having same-sex dancing.”

When asked about what it’s like to be lifted, he added: “Well, it’s a different experience. Usually I’m lifting Peta but… should it only be for a woman?

Sam Reece steps out with his new girlfriend Taylor Ward, Stephanie Davis puts on a brave face and Jemma Lucy and Jordan Davies get cosy on a night out

Now that we’d love to see! 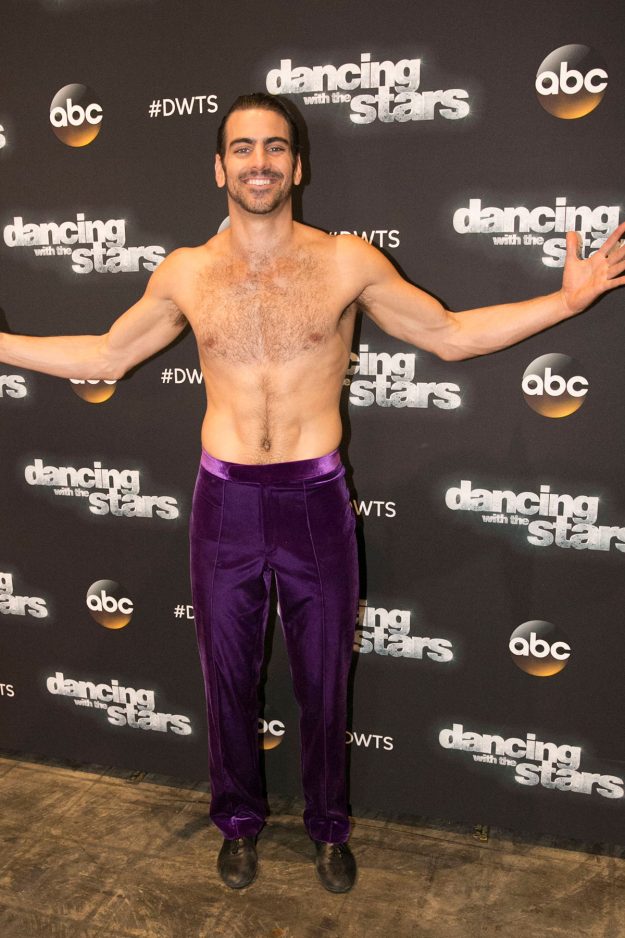