“Dancing with the Stars” included its first same-sex dance on the show featuring “America’s Next Top Model” winner Nyle DiMarco and his partner Peta Murgatroyd along with “Full House” star Jodie Sweetin and her partner Keo Motsepe.

The stars and their partners were working with Judge Bruno Tonioli for the Judges’ Team-Up Challenge. The dance was set to “Habanera” by Georges Bizet used in the musical “Carmen.” The dance started as a classic Argentine tango, but in the middle DiMarco and Sweetin switch partners.

DiMarco, who has publicly identified himself as sexually-fluid, gave a passionate dance with Sweetin’s partner Motsepe while Sweetin made moves with Murgatroyd.

The “America’s Next Top Model” winner told FOX News his thoughts about having Motsepe lift him during the dance.

“Well, it’s a different experience. Usually I’m lifting Peta but …should it only be for a woman? Maybe Peta can lift me at some stage?” DiMarco told Fox News. 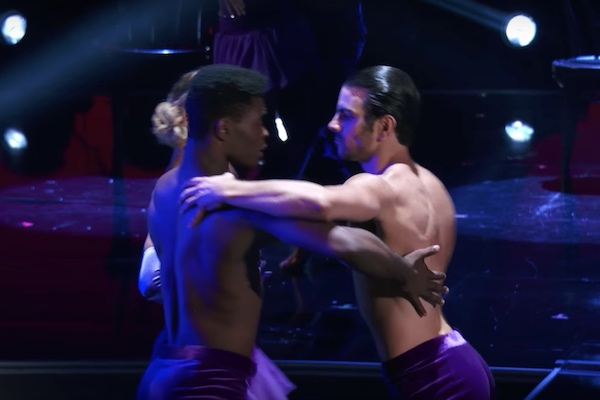