Dancing with the Stars: What's Up with Those Scoring Errors?

TVGuide.com was in the audience during Dancing with the Stars Monday night, when both Kim Fields and Von Miller were sent home. The moment was as much a testament to the higher stakes in the game now as it was the power of a fan army, whose votes can keep a contestant alive no matter the score. TVGuide.com also witnessed the second scoring snafu of the season, in which Nyle DiMarco again saw a 10 vote reduced. What gives?

“I have no idea what happened,” Nyle told reporters after the show, “but I’m going to take it as a compliment. I still got two 9s and a 10.” Nyle, who in April got enthusiastic 10s from Bruno Tonioli and guest judge Maksim Chmerkovskiy for his Viennese waltz only to see those scores reduced to 9s, again watched Bruno register shock and confusion after his 10 turned out to be really a 9.

Dancing with the Stars: the 8 most memorable moments so far

Sources on set maintain the official story that judges write down a written score that’s whisked away by producers and taken up to be tallied right before the judges wave their paddles. (There are at least 100 people, including cameramen, stagehands and producers flurrying around in all-black during the show.) Whatever score they write down remains the official one, no matter if they change their minds, and no matter what their paddles say. “That’s the thing about live TV,” one the many people working in the studio said. “You just never know.” Still, it seems odd. Why would judges appear to be so confused by something they wrote with their own hands? And why not just have the scoring transparent, so everybody can see the real vote at the same time?

Thankfully, Nyle had something else working hard in his favor: fan support. He earned 28 points for his foxtrot to U2’s “Beautiful Day.” He had legions of supporters among the crowd: a gaggle of hearing-impaired peeps that included young adults, actress/Season 6 contestant Marlee Matlin and more there to cheer him on. (He’s such a hero to the community, in fact, that he just returned from the White House, where he hung out at the White House Correspondents’ Dinner and talked up legislation from his eponymous foundation that aims to expand bilingual education efforts to include deaf children.) He knows fan support is an important factor in the competition.

“I think it’s definitely important to have a good relationship with [fans],” he told reporters after the show. “Some of them did make negative comments,” he said, referring to last week’s video package in which he called himself a front-runner, which some perceived as cocky. “That was hard for me. I wanted to explain myself, but I needed Dancing with the Stars to help me and I’m glad they included that moment of redemption [this week.].”

Dancing with the Stars: how Paige VanZant plans to rebound from the bottom

Fan support was also strong for Jodie Sweetin, who earned just 26 points for her quickstep to Stevie Wonder’s “For Once in My Life,” but had a very vocal and enthusiastic lot of supporters there screaming for her. Same with Antonio Brown, whose 24 points made him lowest scorer again. But he’s backed by Steeler Nation, which was a heavy presence; you could see a handful of people waving the team’s “Terrible Towels” scattered throughout the studio audience, and the appearance of beloved head coach Mike Tomlin only reinforced the point: when it comes to staying on Dancing, yes, you have to dance, but you also need devoted fans who’ll vote to keep you there.

The full list of contestants’ scores were as follows:

What did you think about Kim and Von getting sent home? And that scoring snafu?

Dancing with the Stars airs Monday at 8/7c on ABC.


Dancing with the Stars: What’s Up with Those Scoring Errors? 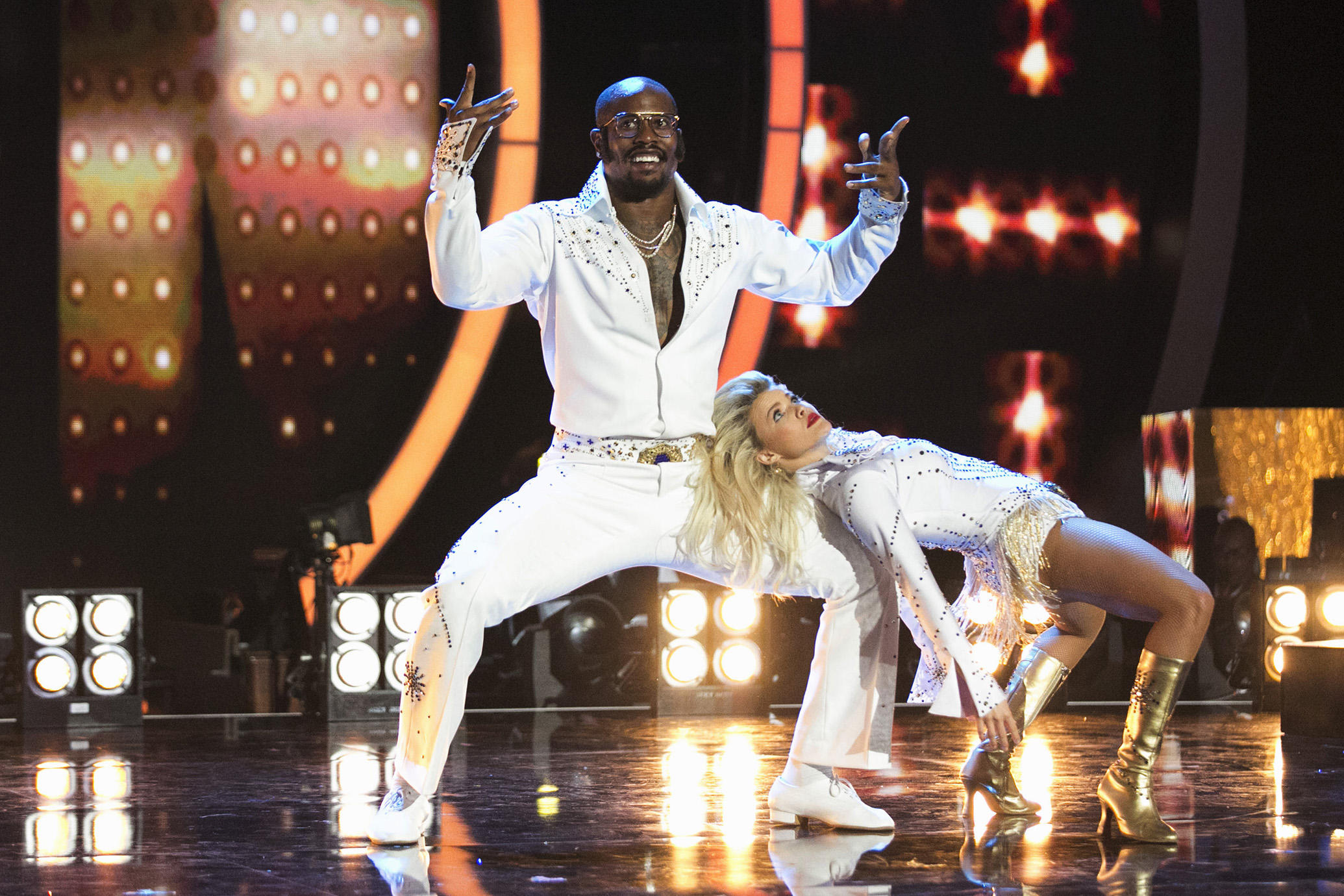