Jodie Sweetin might have been voted off Dancing With the Stars last week, but the Fuller House actress doesn’t seem to have any regrets about her performances on the show.

“It was an amazing experience I had so much fun!” Sweetin gushed to ET’s Katie Krause on the red carpet at 102.7 KIIS FM’s Wango Tango concert at the StubHub Center in Carson, California on Saturday.

The 34-year-old actress, who started production on the second season of her Netflix sitcom the day after getting the axe on DWTS, added, “It was kind of great timing to end one thing and leap into the next.”

WATCH: ‘DWTS’: Jodie Sweetin Gets Her First Perfect Score of the Season, But Gets Eliminated

Now that she’s out of the competition, Sweetin says she has no idea who will end up taking home the coveted Mirror Ball Trophy. However, there is one contestant she’s rooting for: America’s Next Top Model winner Nyle DiMarco.

“I love Nyle,” she shared, “I got to work with him and dance with him in our group number and I have a soft spot for him, he’s so wonderful and so sweet… I hope he does great.”

DiMarco, the first fully-deaf contestant in the show’s history, has been consistently delivering powerful, emotional performances and is considered by many to be the season’s frontrunner.

“But, I mean, they’re all really good!” Sweetin added. “It was a hard season [and] everyone was really, really good.”

The actress also revealed that she hasn’t danced her last dance for the season. In fact, she’s starting rehearsals in the coming week to preparing for her performances in the upcoming season finale.

“We were talking about either re-doing our jive or possibly our samba,” Sweetin revealed. “Then there’s a group number an opening number, so there’s going to be three numbers happening. But I’m just not sure what they are yet, because we haven’t rehearsed.”

Sweetin also opened up a bit about the forthcoming second season of Fuller House, currently in production, but was equally tight-lipped about what fans could expect. However, she did give a little bit of insight about her character’s relationship status.

“Stephanie [Tanner] finally gets a boyfriend,” Sweetin cautiously teased. “Who it is, is a really fun surprise. So I think fans are going to enjoy that.”

NEWS: John Stamos Has a ‘Good Feeling’ About the Olsen Twins in ‘Fuller House’ Season 2

Sweetin also addressed rumors that the Olsen Twins might be returning for the second season, sharing, “I haven’t heard anything about it,” but that “the door’s always been open to them” if they wanted to come back.

For more on Sweetin’s final night in competition on Dancing With the Stars — which happened to be the night she landed her first perfect score — check out the video below. 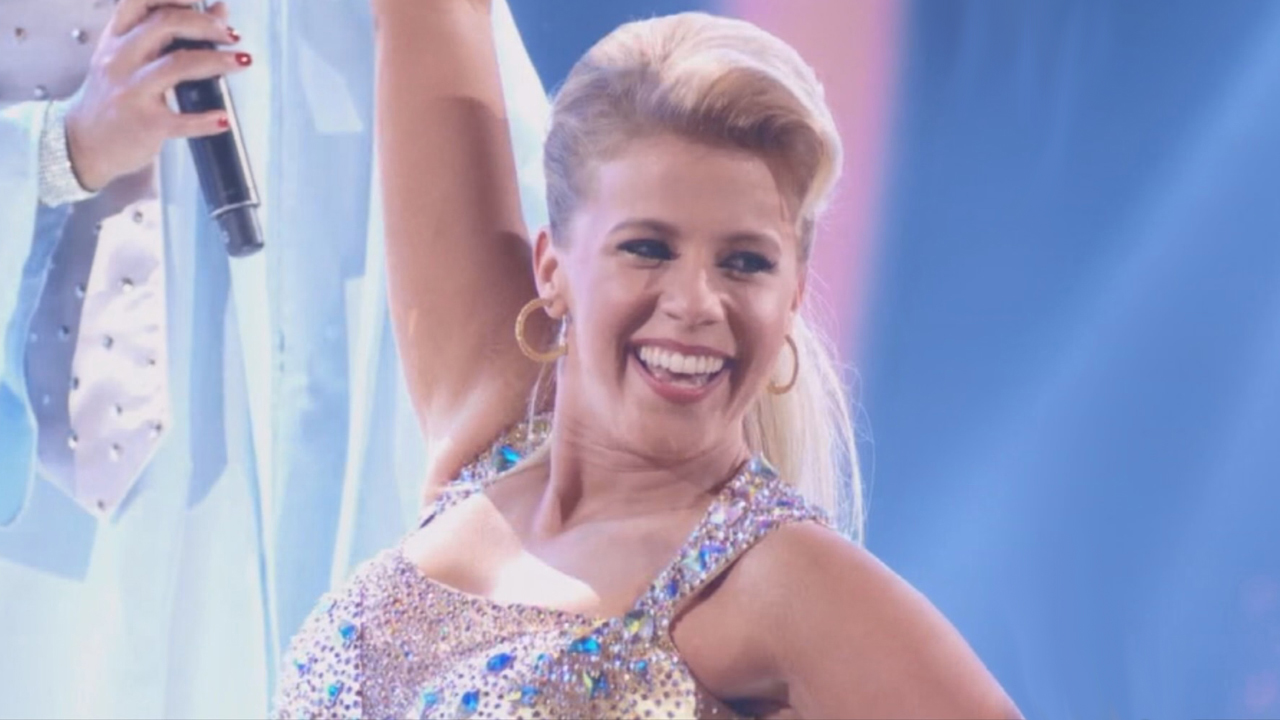