Coronation Street has been praised for its portrayal of deaf people by the president of Harrow United Deaf Club, as he visited the set of the soap.

Asif Iqbal MBE met the cast of the programme on Tuesday (May 3) and even taught British Sign Language (BSL) to actress Jane Danson, who plays Leanne Tilsley.

He was invited by the makers of the ITV show, which is due to feature a deaf character on Friday (May 6), to watch rehearsals during Deaf Awareness Week.

During his visit he met Michael Le Vell, who plays Kevin Webster, and learned how the actor had learned to communicate clearly from his deaf neighbours.

He also chatted to Cherylee Houston, who plays Izzy Armstrong and is a Level 2 BSL user.

Asif Iqbal on the set of Coronation Street

“I was really impressed with the Coronation Street team for their dedication to encouraging the positive portrayal of deaf people within the mainstream programmes,” he said.

“It was refreshing to see more opportunities for deaf people to be part of the team on and off screen.

“It is also crucial to raise awareness within the team about deafness, including encouraging the production team to consider ways of raising deaf awareness and incorporating them into their programmes.

“It was an excellent opportunity to meet the senior management, sharing information and ideas, and I was honoured to be invited.”

Deaf Awareness Week runs from Monday May 2 to Sunday May 8. 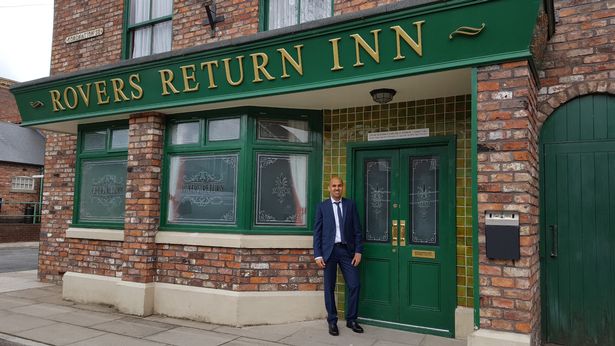