On May 8, the Ma’anshan Deaf Fellowship of Mengen Church celebrated its 5th founding anniversary in Hubei. Believers from across Nanjing, Dalian, Yanji, Harbin, Qiqihar, Wenzhou and other nearby provinces flocked the celebrations and took part in the festivities.

The Ministry for the Deaf in China can trace its history back to the 1880s. The first ministry was established by Pastor Charles R. Mills from the American Presbyterian Mission and his wife in Yantai, Shandong in 1887. The ministry established a school for the deaf and later on, the couple promoted for the creation of new schools for the deaf. By 1937, China had eleven schools catering to its deaf citizens.

In 1987, the school in Yantai was renamed the Yantai Center School for the Deaf and Dumb in commemoration of its 100th foundation year. In April 2013, the name of the school was changed to the Yantai Special Education School.

Aside from the school in Yantai, Dalian, Jiangsu, Anhui and other parts of Shandong all have their own fellowships meant for the deaf and dumb. In Hubei, for instance, the Christian fellowship for the deaf in Xiangyang celebrated its 9th foundation anniversary on November 1, 2015. At least 20 deaf Christians attended the ceremony led by Pastor Fu Yuhao of Zhong Nan Theological Seminary.

For this year’s anniversary for the Ma’anshan Deaf Fellowship, it was Rev. Piao Shenzhen – a deaf pastor from the Yanji Seminary of the Deaf – who delivered the sermon as the fellowship’s visitor. Another deaf pastor, Jin Shanzhong, also preached a sermon to the parishioners in the afternoon. 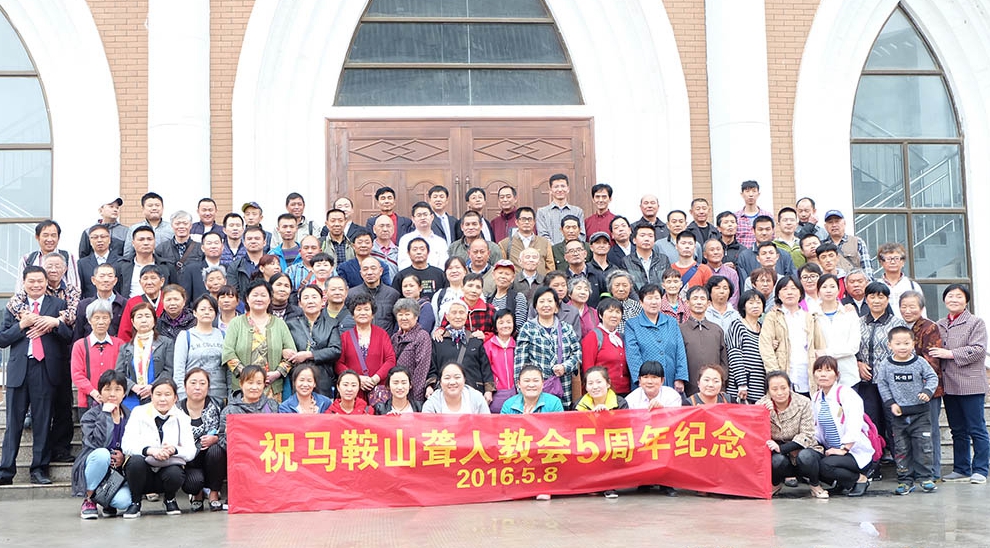