Renwick resident Robyn Carter uses sign language in her role as an executive board member with Deaf Aotearoa.

Being able to hear again after years of silence has allowed a Renwick woman to rediscover her love of music.

Carter became profoundly deaf in her 20s after she began to lose her hearing at the age of 10 because of a rare medical condition.

Before she got her cochlear implant at the age of 31, Carter said living with hearing loss was isolating at times.

“I felt like I was in a bubble. I didn’t feel connected to the world.”

Getting a cochlear implant helped to improve Carter’s communication and confidence.

Carter said it allowed her to start playing the piano again and enjoy music.

Carter used New Zealand Sign Language in her role as an executive board member with Deaf Aotearoa.

Sign language was a first language for many people and an important part of deaf culture, Carter said.

“While the hands are important in sign language, there is more to it than that as there are many visual clues and expressions that complete it.”

Carter said sign language allowed her to pick up more information than if she was just lip reading.

The language was different in each country and there were also regional variations in New Zealand sign language, with some signs in the South Island different to those in the North Island, Carter said.

Tips for communicating with someone who had hearing loss included being aware of background noise and speaking normally, rather than mumbling or shouting, if someone was lip reading.

It was important not to get frustrated if asked to repeat yourself, Carter said.

There were more than 20,000 New Zealanders that used New Zealand sign language.

* New Zealand Sign Language Week runs from May 9 to May 15. 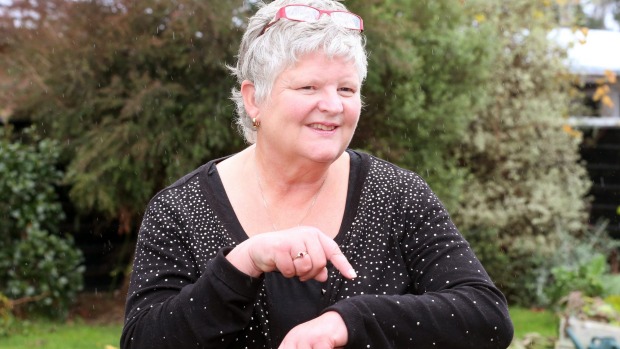