Nyle DiMarco reportedly being sidelined by other 'DWTS' dancers; is the support shown for him all …

Nyle DiMarco is a frontrunner to win Season 22 of “Dancing with the Stars.” Pictured: Nyle DiMarco with his dancing partner.Facebook/Nyle DiMarco

Season 22 of ABC’s “Dancing with the Stars” will air its finale in a few short weeks and Nyle DiMarco is a frontrunner to win the Mirror Ball Trophy. He has been consistent in his performance and last week saw him performing a silent dance to show the judges and audience what it feels like to dance as a deaf person.

The performance almost made judge Carrie Ann Inaba emotional, but according to a Radar Online source, the on-camera support shown to the deaf model is all fake. The media outlet even noted that there’s a lot of shade being thrown at DiMarco.

“The fact of the matter is that none of the judges, nor anyone in production for the show aside from Peta, have bothered to learn sign language,” said the source. “They have not even learned the basic sign language for applause!”

“It upsets Nyle. He is a very emotional and gentle man and all of this is just really starting to affect him now,” the source told Radar Online, adding that the other dancers believe if DiMarco wins, it’s only because he is a deaf man who is handsome, and not because of his talent. Although DiMarco is affected by their actions, he is working hard to make sure he goes home with the Mirror Ball trophy, the source added. “He is in this to win it and he will not go home a loser!”

Monday night’s performance earned him 29 out of 30 and he received rave reviews from the judges for his silent dance. “I thought that was mind-blowing,” judge Bruno Tonioli said after the performance and noted that DiMarco’s act was a classic that will not be forgotten.

Inaba, in the meantime, called the performance “profound.” “You really are educating us about what it is to dance the way you’re dancing,” she said. “Thank you for the gift. I feel honoured that I got to experience dance as you’ve experienced it with Peta. You guys are brilliant.”


Nyle DiMarco reportedly being sidelined by other ‘DWTS’ dancers; is the support shown for him all … 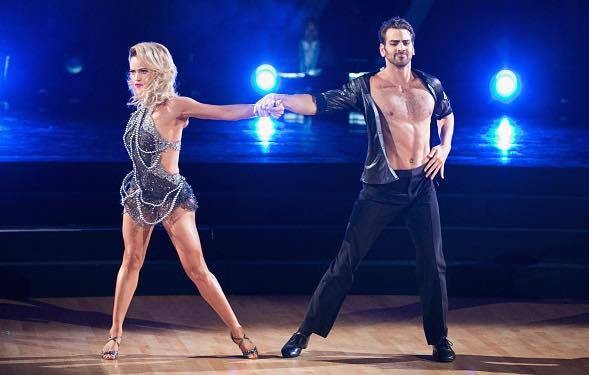