There will be not one but two eliminations when tonight’s “Dancing with the Stars” results are announced, but the remaining eight dancers are so evenly matched that there may truly be no one safe. Consider the scores last week on “Famous Dances” night:

Only five points separates first from last place, while there is just one point between fourth and eighth. Actress Kim Fields, football player Von Miller and “Good Morning America” meteorologist Ginger Zee were the unlucky contestants who finished last, though that doesn’t mean they danced poorly. The judges actually give them eights across the board, but the season has already gotten so competitive that they would have needed nines to keep up.

[POLL] ‘Dancing with the Stars’: Who gave the best performance on ‘Famous Dances’ night?

Nyle DiMarco and Jodie Sweetin tied with 25 out of 30, narrowly avoiding the bottom of the leaderboard, but could they still be at risk? DiMarco has been one of this season’s frontrunners since his showstopping week one dance; his impeccable rhythm is especially impressive since the “America’s Next Top Model” champ is completely deaf. “Fuller House” actress Sweetin has been more hit-and-miss when it comes to impressing the judges, but she also beat the odds: her Pink-inspired contemporary routine last week impressed judges just a few days after she injured her ankle while training for it.

Top scorers Wanya Morris and Paige VanZant may have enough of a buffer to be relatively safe, but what about third-ranked Antonio Brown? The footballer has scored inconsistently all season, so even though last week was his strongest yet, an impending double elimination means he shouldn’t get too comfortable either.

Who do you think will be eliminated? Our “Dancing with the Stars” predictions center is temporarily down as Gold Derby continues its relaunch, but respond in our poll below: which one star do you think is most likely to get the boot?

‘Dancing with the Stars’: Who will be eliminated on week 7? 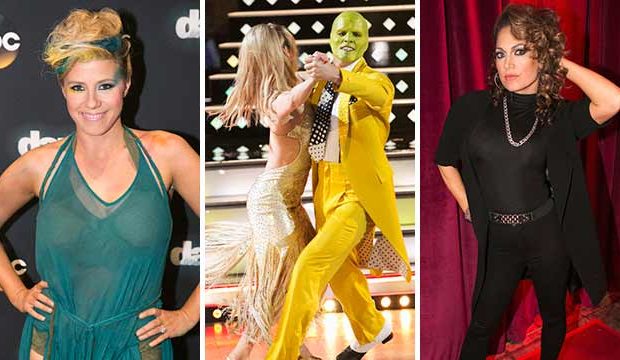