Runway Theatre’s production of Spring Awakening will continue to sing the song of purple summer as they begin to collect donations to aid in the effort to send the cast of Deaf West’s Spring Awakening to the Tony Awards. Beginning with this Friday’s performance, Runway Theatre patrons will be able to donate money that will go towards allowing the Deaf West cast to perform on the 2016 Tony Awards.

In addition to collecting donations at the end of every show, select cast members from Runway’s production, (including Erika Larsen, Justin Alexander Duncan, Taylor Nash, Michael Anthony Sylvester and many more,) will perform at Mama’s Party, hosted by Dallas-favorite Amy Stevenson, on Monday, June 6, 2016 at the Uptown Theater in Grand Prairie. All donations collected at this performance of Mama’s Party will be used to support Deaf West’s goal.

“After discovering Deaf West’s Kickstarter campaign, our cast and creative team immediately began to brainstorm of different ways of how we could help,” says Runway Theatre director Derek Whitener. “This show has come to mean so much to us and we want to do everything we can to spread its power to others. Deaf West’s production was incredibly empowering and deserves to be properly represented at the Tony Awards.”

After opening just a week ago to sold-out audiences, Runway Theatre’s production of Spring Awakening is already being praised as one of the most innovative and visually stunning productions of the year. The production features seventeen local actors and is directed by Derek Whitener, with assistant direction by Marilyn Setu, choreography by Christina Kudlicki Hoth, and music direction by Esther Lim.

Performances of Spring Awakening continue through June 12 at Runway Theatre in Grapevine, TX. Tickets can be purchased by visiting www.runwaytheatre.org or by calling 817-488-4842.

Spring Awakening is the winner of eight Tony Awards, including Best Musical. The show draws stunning parallels between the youth of the late 19th century and the youth of today. Fearlessly employing anachronism and a dynamic expressionistic style, the show is a fusion of morality, sexuality, and rock and roll music. Spring Awakening explores the emotional earthquakes in the journey from adolescence to adulthood with poignancy and passion you will never forget.

Crowds and critics alike have praised Grapevine’s Spring Awakening as a showcase for it’s innovative, and fearless performance, and now through their efforts, the DFW theatrical community can also show support for inclusively and diversity throughout the arts on a nationwide-scale.

To Donate to the cause please visit: https://www.kickstarter.com/projects/1832685006/deaf-west-theatres-spring-awakening-tony-performan/description

Founded in 1983, Grapevine’s Runway Theatre brings quality, live entertainment that pushes the boundaries of art to residents of Grapevine and the Dallas-Fort Worth Metroplex. 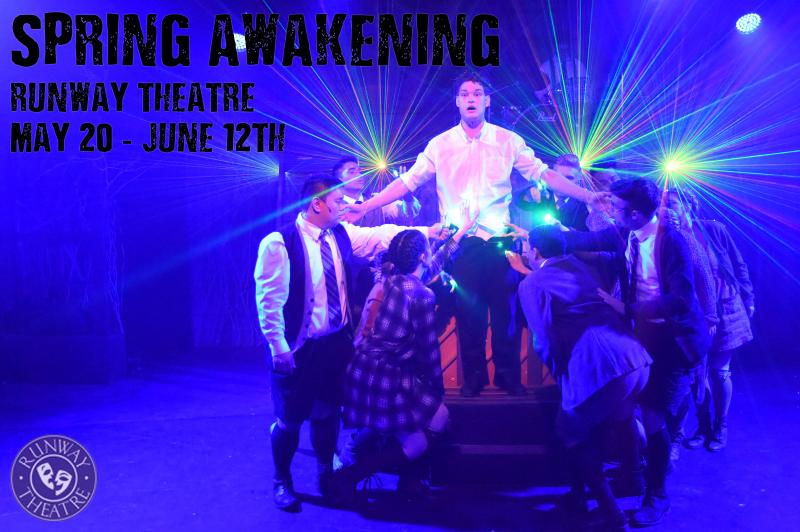