'Switched at Birth' Season 5 to Have an Unforgettable Finish When it Airs Next Year, Confirms …

Season 5 of the American teen drama series “Switched at Birth” would be airing in January next year on Freeform and it would be the last for the show.

The fifth season has been reduced to 10 episodes but showrunner Lizzy Weiss is confident that what they were able to accomplish in the 10 episodes of Season 5 would be enough to give “Switched at Birth” an unforgettable finish as a TV series.

Filming for the Season 5 of the TV series concluded last month and Weiss announced on her Twitter account that “Switched at Birth” returned to where it first started. She was actually referring to the filming of the final scene of the Season 5 finale on the same place where the first scene of the pilot episode was shot five and a half years ago. She also showed on Twitter a photo of the writers’ building in Sta. Clarita, California.

In addition to Weiss, other cast members of “Switched at Birth” are continuously sharing updates on social media including Katie Leclerc who posted on Instagram a very beautiful photo of the Kennish-Vasquez families, which was taken during the last day of filming, reports the Christian Today.

Incidentally, Freeform has already released the episode titles of all the 10 episodes of Season 5 of “Switched at Birth” beginning with “The Call” as the first episode all the way to the 90-minute series finale in episode 10 which is titled “Long Live Love.”

The TV series has won a Peabody Award as well as a Television Critics Association Award for Outstanding Achievement in Youth Programming. It also won an Imagen Award for Best Primetime Program, details the TV Series Finale.

In addition to Weiss, the other executive producers of “Switched at Birth” include Constance Matlin, Paul Stupin, and Linda Gase.

Picking up from the Season 4 cliffhanger

Season 5 shall pick up from the cliffhanger finale of Season 4 with Daphne and Bay already living in China. A mysterious call has them packing their bags and returning home to the US where they try to settle back in.

But 10 months have brought some changes. Daphne shall also find herself in the middle of racial tension at the university and witnesses racism as experienced by her black friends Iris, Sharee, and new baseball star Chris, in an episode dedicated to the controversial societal issue.

Season 5 of “Switched at Birth” shall have a shortened final year and shall only feature 10 episodes but Lizzy Weiss says that it is a lot better than facing a cancellation. She says the 10 episodes were just about the right opportunity she needed to give the show a fitting conclusion.

Weiss describes the final filming last month as a tough yet beautiful day for the cast and crew members of “Switched at Birth.” She added that the weather was perfect and the house was stunning against the night sky.

She explained that all of the show’s writers drove in for the final shot and the cast members who were not in the final scene or even in the episode came in to be a part of the moment.

The show creator added that everyone’s family came by and there were also flowers, bottles of wines, homemade necklaces, and lovely ‘thank you’ cards. Crew members who worked together for thousands of hours hugged and teared up and took selfies, she noted.

She went on to say that they all stood on the magnificent front lawn of the iconic Kennish house clapping and marveling at the once-in-a-lifetime experience that it has become for all of them.


‘Switched at Birth’ Season 5 to Have an Unforgettable Finish When it Airs Next Year, Confirms … 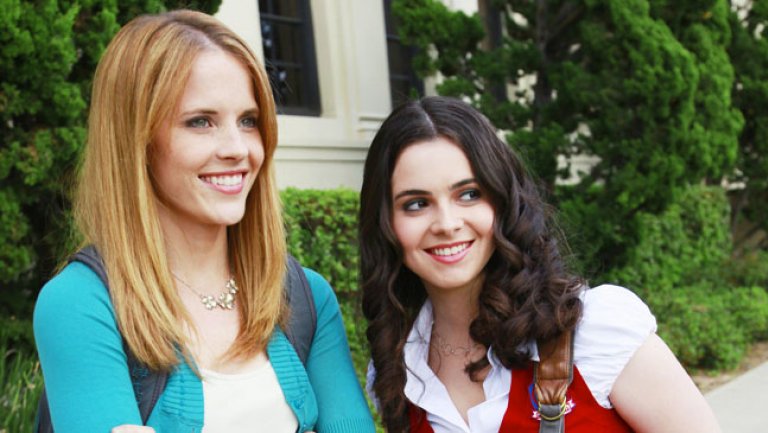