AC/DC singer Brian Johnson, who was forced to drop out of the band’s current Rock or Bust tour due to hearing problems, has offered fans hope that he may be able to return to the stage thanks to the latest in-ear technology.

Johnson had been warned that he would suffer total hearing loss if he continued performing with AC/DC. The band said they respected and supported his decision and drafted in Guns N’ Roses’ frontman Axl Rose as a temporary replacement.

Following Johnson’s departure from the tour, in-ear technology specialist Stephen Ambrose published an open message to the singer, in which he urged him to try out his Ambrose Diaphonic Ear Lens (ADEL).

Ambrose, who invented the in-ear monitors used by stars onstage since the Seventies – the precursor to today’s earbuds – had become concerned about the increased risk of hearing loss from earbuds and set about creating the ADEL to act like a “second eardrum” to absorb harmful sound pressure. He says his inflatable version, the ADEL Bubble, has restored hearing in people “who are profoundly deaf and could no longer experience music in stereo or at all”.

Having met Ambrose, Johnson has said the technology “totally works”. “I was really moved and amazed to be able to hear music again like I haven’t heard for several years now,” he said in a statement. “I can’t wait for it to be miniaturised so I can use it in every situation from normal communication, going out to noisy restaurants, [and] performing live music onstage.”

In an interview last month with satellite radio service Sirius XM, Johnson said he believed his days on the road were at an end. “I had so many good times with the boys,” he said. “And I’ve had such a lucky and great life. And I’m just thankful really that I came out of it in one piece.” 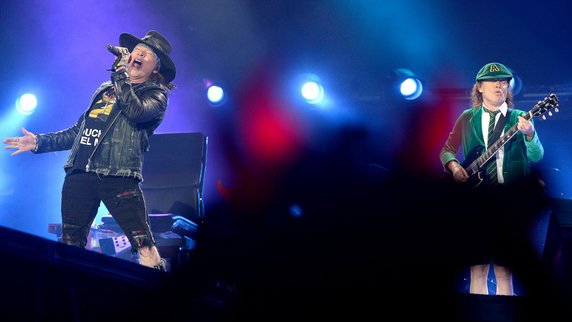